Having trouble viewing this email? Click Here to view it in your web browser

A detailed new review of nutritional science argues that most American diets are deficient in a key class of vitamins and minerals that play previously unrecognized roles in promoting longevity and in staving off chronic diseases such as heart disease, cancer and, potentially, neurodegeneration.

In the review, published Oct. 15, 2018, as a "Perspective" article in Proceedings of the National Academy of Sciences, Bruce Ames, Ph.D., presents the conclusions of more than a decade of research in his laboratory at Children's Hospital Oakland Research Institute (CHORI), which is affiliated with UCSF Benioff Children's Hospitals.

These findings are presented alongside a detailed survey of additional evidence published by other scientists. Ames concludes that healthy aging can be extended by ingesting optimal levels of 30 known vitamins and essential minerals, and he suggests that these, along with 11 additional substances not currently classified as vitamins, should be recognized as essential "longevity vitamins" because of their potential to extend a healthy life.

vitamins and nutritional minerals are key components of a vast number of different enzymes that are necessary for the body's metabolic health, but according to research cited in the new review, as many as 70 percent of Americans are deficient in one or more these key nutrients. Most are not so deficient as to put their immediate health at risk from diseases such as rickets or scurvy, but Ames, a senior scientist at CHORI and emeritus professor of biochemistry and molecular biology at UC Berkeley, suggests that even minor vitamin deficiencies could impact long-term health.

Ames, who directs CHORI's Nutrition and Metabolism Center, argues that nutrition science has long overlooked the fact that most vitamins and minerals are required by dozens to hundreds of different enzymes within our cells. This means that the same nutrients we need to maintain our day-to-day health—such as vitamin D, omega-3 fatty acids, and magnesium—are also critical components of enzymes required for our bodies' long-term maintenance, in roles such as DNA repair, cardiovascular health and prevention of oxidative damage.

As a consequence, Ames writes, when the body is faced with shortages of key nutrients, it must "ration" them, enabling enzymes critical to our immediate survival and reproductive capacity to keep functioning at the expense of longer-term physiological needs. Ames— who is known for creating the "Ames test," a method he devised during the 1970s to rapidly predict a given chemical's potential to cause cancer—calls this theoretical framework "triage theory."

"The prevention of the degenerative diseases of aging is a different science than curing disease: it will involve expertise in metabolism, nutrition, biochemistry and genetic regulatory elements and polymorphisms," Ames writes. "This approach is critical for lowering medical costs. It has been estimated that the E.U. would save €4 billion from osteoporosis alone by using vitamin D and calcium supplementation."

In several recent publications, his team has found evidence that such trade-offs can be seen in people with chronic, low-level deficiencies in vitamin K and the element selenium (which are key components of 16 and 25 different enzymes, respectively). Published studies from the Ames lab suggest that, when forced to ration scarce vitamin K for its critical role in blood clotting, the body produces fewer enzymes required for keeping arteries clear, which has been linked to higher rates of mortality from cardiovascular disease.

"Diet is very important for our long-term health and this theoretical framework just reinforces that you should try to do what your mother told you: eat your veggies, eat your fruit, give up sugary soft drinks and empty carbohydrates," Ames said.

Ames suspects many more longevity vitamins may remain to be discovered because—unlike so-called survival vitamins, such as vitamin C, that were originally identified because we quickly become sick without them—their identification requires very long-term observation, since the damage caused by deprivation of these vitamins is, by nature, an insidious and slow process into old age.

Ames, who has published more than 500 scientific papers in a career spanning nearly seven decades, said he considers this an important publication. "This may be a theoretical paper, but I hope it can add a few years to everyone's lives."

REVEALED: THE 36 NUTRIENTS THAT HELP YOU LIVE LONGER, HOW THEY BENEFIT YOUR HEALTH AND WHAT TO EAT TO GET THEM

Carotenoids are antioxidants produced by plants. The following make up 95 per cent of those in the human body: 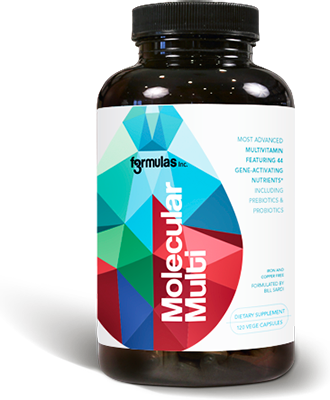